Having had a sweet tooth from a young age, my enthusiasm for enjoying the wide variety of confectionery available, has never gone away. As a child I remember visiting the local sweet shop and purchasing some sweets with what little pocket money I had, and then arriving home, only to be told they were either doubtful or Haram. Reluctantly I would throw the sweets away, which was upsetting to say the least, and in some instances may have even consumed them secretly! Many of us have been or still go through this situation with our children on a regular basis.

Issues such as this, along with a growing concern and awareness of Halal products, motivated me into reviewing and exploring deeper into Halal confectionery. From my initial research, it was clear how little information and understanding consumers and those within the confectionery industry had on this topic.

By the will of Allah, over the past few years, with lots of time and effort spent researching and investigating different aspects of the Halal confectionery industry, together with the assistance of qualified Islamic Scholars and a number of Halal Certifying bodies, the Heavenly Delights team have finally been able to bring genuine Halal confectionery to the Halal conscious consumer.

Unfortunately the word Halal has and is being abused around the world in ways that cannot be imagined, and due to the lack of Knowledge and disunity of Muslims it is causing a huge problem for Halal conscious consumers.

The saying ‘we are what we eat’ is a very important message for us. Today, the majority of Muslims are too easily content with any Halal logo that is printed on a packet or displayed on a shop window. It is also very unfortunate that there is neither accountability nor any repercussions experienced by those misusing the Halal logo. We are seeing this take place all over the world.

Alhamdulillah, there are many certifying organisations around the world who endorse products to be genuine Halal. They check the raw materials used, the manufacturing and packing process, and employ safety measures to prevent contamination taking place during these processes. However, despite all this, we discovered the criteria used by the certifying bodies varied significantly from one extreme to the other. Therefore, in different parts of the world an organisation would deem certain products as Halal based on the criteria they follow, where as others would have a different set of criteria, thereby making it more difficult to certify the product as Halal.

Over several years we have had the opportunity to visit numerous confectionery exhibitions in many countries. Having spoken to many manufacturing plants and distributors to ascertain the processes involved in manufacturing confectionery, it was an eye opener to see the issues relating to contamination and genuine use of Halal ingredients.

The Halal Market is very vast and lucrative around the world. Many Muslim as well as non- Muslim companies that attend the exhibitions, have no idea what Halal actually means nor the shariah requirements. It is a major cause for concern when such companies when asked about Halal products, simply just show the Halal sign printed on their product. And when asked regarding Halal certification they either have no clue or present a certificate supplied to them at a fee by a Halal certifying body that does not adopt an appropriate and reliable checking process. In some instances they have even presented a certificate which had expired.

After researching the Halal certification bodies we concluded that utilising the certifying body that was most stringent and implemented the most thorough checks should be the one to use for our Halal certification. This approach would allow us to fulfil the requirements of most, if not all Halal conscious Muslims around the globe. Initially we approached SANHA (South African National Halaal Authority) who have a wealth of experience in this field, with many years in this industry and were highly recommended by many scholars.

SANHA advised us of the requirements and issues faced during the certification process, these include:

These are the main requirements and technical procedures that were stipulated and would need to be carried out during the Audit.

Subsequently, SANHA advised us to approach HMC (Halal Monitoring Committee) to take up the certification process as they were based in the UK. Furthermore it would be more economical to work with them.

Alhamdulillah, HMC welcomed the opportunity to certify the Heavenly Delights range of confectionery. It was with HMC’s recommendation that we purchased gelatine from a supplier in Pakistan. This Gelatine manufacturer was already approved by SANHA and many other reputable certifying bodies.

As part of their own auditing process, HMC also inspected the gelatine plant and approved and certified the company for meeting their stringent requirements. There after, the gelatine from the approved supplier in Pakistan was shipped to Spain, where our confectionery is being produced, Alhamdulillah.

Initially when we had approached the factory regarding HMC carrying out audits on our behalf, they were quite hesitant. Previously they had experienced increased costs when dealing with other certifying bodies, together with the extra measures being imposed on them when manufacturing the products. However, after explaining our requirements and the importance of the HMC certification, they were willing to manufacture the confectionery for us.

The factory directors being non Muslims were astonished at what they were producing/selling currently to Muslims, as the procedures they had implemented were so lax compared to that HMC required from them. It is only now that they have understood the correct procedures for Halal production and have realised that it is neither as difficult nor as costly as they had initially envisaged and experienced.

The factory we use for our confection production is BRC (British Retail Consortium) Approved. The exceptional factory and equipment standards they employ, along with the stringent quality control policies, ensure that the taste and quality of the Heavenly Delights confectionery is of the highest standards.

MashaAllah we are the first confectionery company approved under HMC‘s Stringent checking process. May Allah S.W.T grant all those within HMC Jazaa for their efforts and for guiding us according to Shariah principles. We are extremely glad to have achieved our goal of producing 100% Halal certified confectionery products, that all Muslims can now enjoy, without having any doubts or reservations as to whether they are Halal or not.

Finally, we would like to take this opportunity to thank our colleagues at the manufacturing plant for all their great assistance and forbearance, the shops and distributors for their extreme patience over the past year and a half, while we were endeavouring to attain the accreditation from HMC, and finally to our loyal customers who have been eagerly waiting for the Heavenly Delights brand. 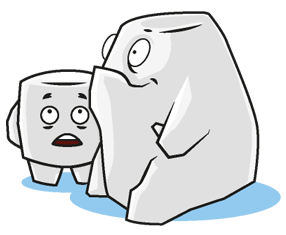